Must See Destinations for a Summer Vacation in Alaska 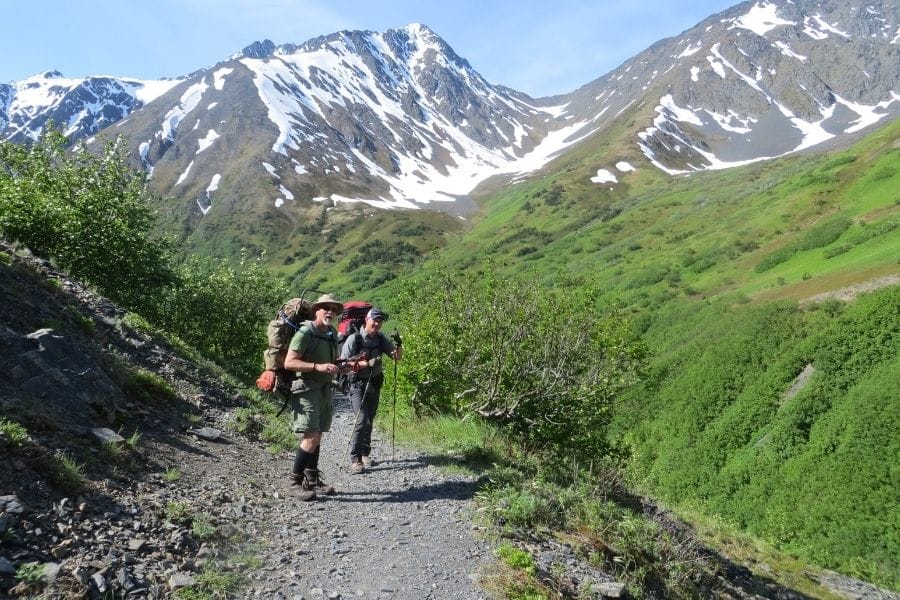 Summer Vacation in Alaska: Alaska finds its way onto many a bucket list and it’s not hard to see why. It’s difficult to imagine any place more beautiful than Alaska in the summertime. In the southern zone, which includes Anchorage, summer high temperatures average in the 60s with lows in the 50s, very close to average springtime temperatures in the lower 48. The northern zone reaches all the way to the Arctic where the average year-round temperature rarely exceeds 32 degrees.

Alaska covers 586,412 square miles, greater than Arizona, California, Montana, and Oregon combined. There are over 100,000 glaciers and thousands upon thousands of brown and black bears. Moose roam freely and bald eagles are so in abundance they’re almost a nuisance.

It’s common for first-time visitors to the state to join a tour group since roaming the large expanse without an expert guide can seem intimidating. It’s okay to do this and it’s a good way to witness Alaska’s beauty first-hand, but for a true taste of the state and the people who call it home, here are some off-the-beaten-path destinations that are sure to give adventurers a vacation beyond their expectations.

The television show Northern Exposure gave people in the lower 48 a glimpse of life in small-town remote Alaska. The show’s popularity had many folks wishing they too could experience the lifestyle portrayed by the stars of the program. Alaska has many such towns from which to choose for a visit but perhaps none of them are more quirky or more “Alaska-y” than Wrangell.

Located in Southeast Alaska, this town of 2,100 residents is where famed gunslinger Wyatt Earp turned down an offer to become sheriff. The busiest place in town is the hardware store and it stays open even after the restaurants close. Stikine Inn is the only hotel and anyone looking to boogie the night away needs to go elsewhere.

The Stikine River is the fastest free-flowing river in North America and the ruggedness of the landscape is truly breathtaking. The Anan Wildlife Observatory is an excellent place to view black and brown bears, and in July Wrangell hosts its annual Bearfest.

But, wait. There’s more. The most shocking part of this tiny town is its 18-hole regulation golf course which is the only course in Southeast Alaska. Allowances are made for Moose to cross through and when a raven steals a golf ball, which happens, the shot is considered a Mulligan.

Located 218 miles Southwest of Anchorage, Homer is located in the Kenai Peninsula. Nicknamed “the cosmic hamlet by the sea”, or “the end of the road”, its population is around 5000.

White snow-covered mountain peaks and glaciers come into view as visitors approach the town via the Sterling highway which is the only road leading in and out. Homer is considered the halibut fishing capital of the world. Anglers from around the globe show up to test their skills against the huge fish that lie in wait.

Homer is a colorful town full of excellent gourmet restaurants and coffee shops, art galleries, music venues, and a live theater. Because of its mild climate, beauty, and seaside demographics, Homer has attracted an eclectic mix of artsy types and fishermen.

The Homer Spit is a 4.5-mile stretch of land which sees lots of activity in the summer. Campers find their spots on beaches, bird watchers observe bald eagles, charter boats head out to where the halibut are, or some just fish for salmon in the Spit Lagoon. Beachcombers search for washed-up treasures and a bit of partying generally takes place when the sun sets.

At 3,670 square miles, Kodiak is the second-largest island in the United States. Kodiak is all about the sea with its waterfront downtown and harbors full of approximately 650 fishing boats. King crabs are usually the catch of the day and they can be purchased fully cooked in what resembles a pizza box.

Nature lovers will enjoy the diverse landscape. The 100 miles of roads around the island are easy to travel and visitors will be treated to lakes, rivers, immense mountains, serene wildflower-covered valleys and fields, and an overabundance of wildlife.

The Kodiak National Wildlife Refuge is home to over 3,500 bears, normally weighing as much as 800-pounds, with some being as large as 1500-pounds. Viewing areas have been set up so they can be observed in safety. Wilderness lodges are all over the island and beach camping is popular.

The town itself has accommodations, restaurants, a small nightlife, and several museums. In 1964 the city was leveled by an earthquake. The town has been rebuilt but one large boat that got stuck on shore was converted into a restaurant.

This is the ideal location for those wanting nothing else but peace and quiet. The small town of Kenny Lake with a population of only 500 lies in Southcentral Alaska and is an oasis in the wilderness.

The Copper River parallels the highway leading into town and once visitors arrive they are treated to an outstanding view of the 14,163-foot Mount Wrangel. A former mining town and trading post, Kenny Lake received a revitalization in the 1930s when the government allowed 20-acre tracts to be staked and farmed in the rich soil.

Anglers visit Kenny Lake to fish for salmon in the Klutina and the Gulkana Rivers, and campers pitch tents around the area to enjoy the undisturbed nature. Kenny Lake also has accommodations for those preferring to sleep in a bed, along with a grocery store and a tire repair shop for those continuing their journey along the area’s rugged roads.

Numerous hiking trails dot the area and visitors can go as deep into the wilderness as they desire considering Kenny Lake borders a 13.2-million-acre national park, the largest in the world.

Alaska has something for everyone. Exploring the state is much like exploring the wild west must have been in the late 1800s prior to the invasion of civilization. From larger cities like Anchorage and Juno, to out-of-the-way small settlements like Kenny Lake, the pure majesty of Alaska is one that must be seen to be truly appreciated. Next time vacation rolls around, consider heading north. It’ll be the trip of a lifetime.

Must Visit Attractions of Pattaya

Must Visit Tourist Attractions in Milan

Misconceptions About Colombia And Why You Want To...